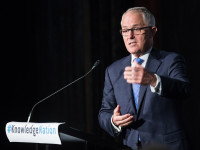 The Trouble with the TPP, Day 14: No U.S. Assurances for Canada on Privacy

The Trouble with the TPP series focus on privacy has thus far examined weak privacy laws, restrictions on data localization requirements, and a ban on data transfer restrictions. The data transfer restriction post cited one of my recent technology law columns in concluding that the net effect of a recent European privacy case and the TPP provisions is that Canada could end up caught in a global privacy battle in which Europe restricts data transfers with Canada due to surveillance activities and the TPP restricts Canada’s ability address European concerns.

Interestingly, at least one TPP country identified the potential risk of a clash between European privacy rules and the TPP. Australia obtained a side letter with the United States that largely addresses the concern. The letter states: