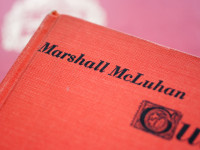 The Trouble with the TPP, Day 3: Copyright Term Extension

The Trouble with the TPP series continues with one of the most high profile copyright concerns associated with the TPP: mandatory copyright term extension (prior posts include Day 1: US Blocks Balancing Provisions, Day 2: Locking in Digital Locks). The term of copyright in Canada is presently life of the author plus an additional 50 years, a term consistent with the international standard set by the Berne Convention. This is also the standard in half of the TPP countries with Japan, Malaysia, New Zealand, Brunei, and Vietnam also providing protection for life plus 50 years.

From a Canadian perspective, the issue of extending the term of copyright was raised on several prior occasions and consistently rejected by governments and trade negotiators. For example, term extension was discussed during the 2009 national copyright consultation, but the Canadian government wisely decided against it. Further, the European Union initially demanded that Canada extend the term of copyright in the Canada-EU Trade Agreement, but that too was effectively rebuffed with the issue of term removed from the final text. 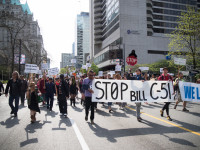 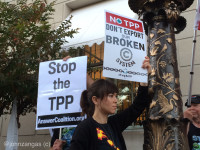