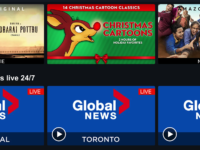 The Broadcasting Act Blunder, Day 4: Why Many News Sites Are Captured by Bill C-10