The Broadcasting Act Blunder, Day 1: Why There is No Canadian Content Crisis

With the bill starting its Parliamentary review, this is the first in a new series of posts on why a careful examination of the data and the bill itself reveals multiple blunders. There are good arguments for addressing the sector, including tax reform, privacy upgrades, and competition law enforcement. There are also benefits to updating the Broadcasting Act, but in an effort to cater to a handful of vocal lobby groups over the interests of the broader Canadian public, Guilbeault’s bill will cause more harm than good. The series will run each weekday for the next month, first addressing the weak policy foundation that underlies Bill C-10, then a series a posts on the uncertainty the bill creates, a review of the trade threats it invites, and an assessment of its likely impact on consumers and the broader public.

The series begins with a post on the fictional Canadian content “crisis.” Canadians can be forgiven for thinking that the shift to digital and Internet streaming services has created a crisis on creating Canadian content. Canadian cultural lobby groups regularly claim that there is one (Artisti, CDCE) and Guilbeault tells the House of Commons that billions of dollars for the sector is at risk. Yet the reality is that spending on film and television production in Canada is at record highs. This includes both certified Canadian content and so-called foreign location and service production in which the production takes place in Canada (thereby facilitating significant economic benefits) but does not meet the narrow criteria to qualify as “Canadian.” I have written before about the need to revisit the Canadian content qualification rules which enable productions with little connection to Canada to receive certification and some that directly meet the goal of “telling Canadian stories” that fail to do so. 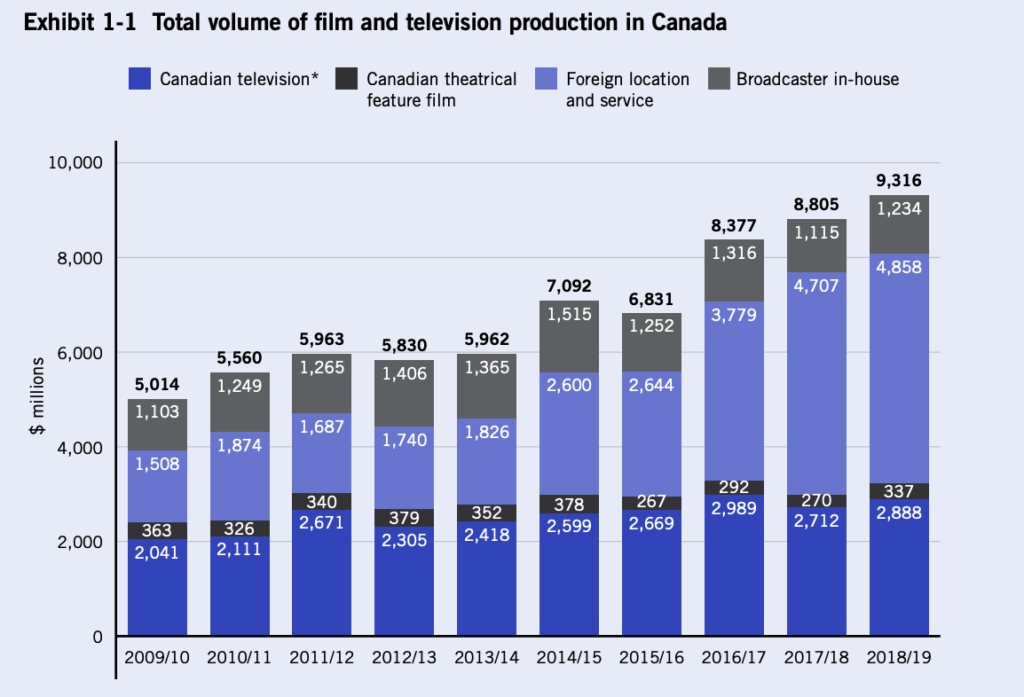 In fact, this week Carleton professor Dwayne Winseck released his annual review of the state of the network economy in Canada. Drawing from multiple sources, he too finds that film and television production investment in Canada has continuously increased for two decades, most recently “driven by massive investments from streaming services such as Netflix and Amazon Prime.” 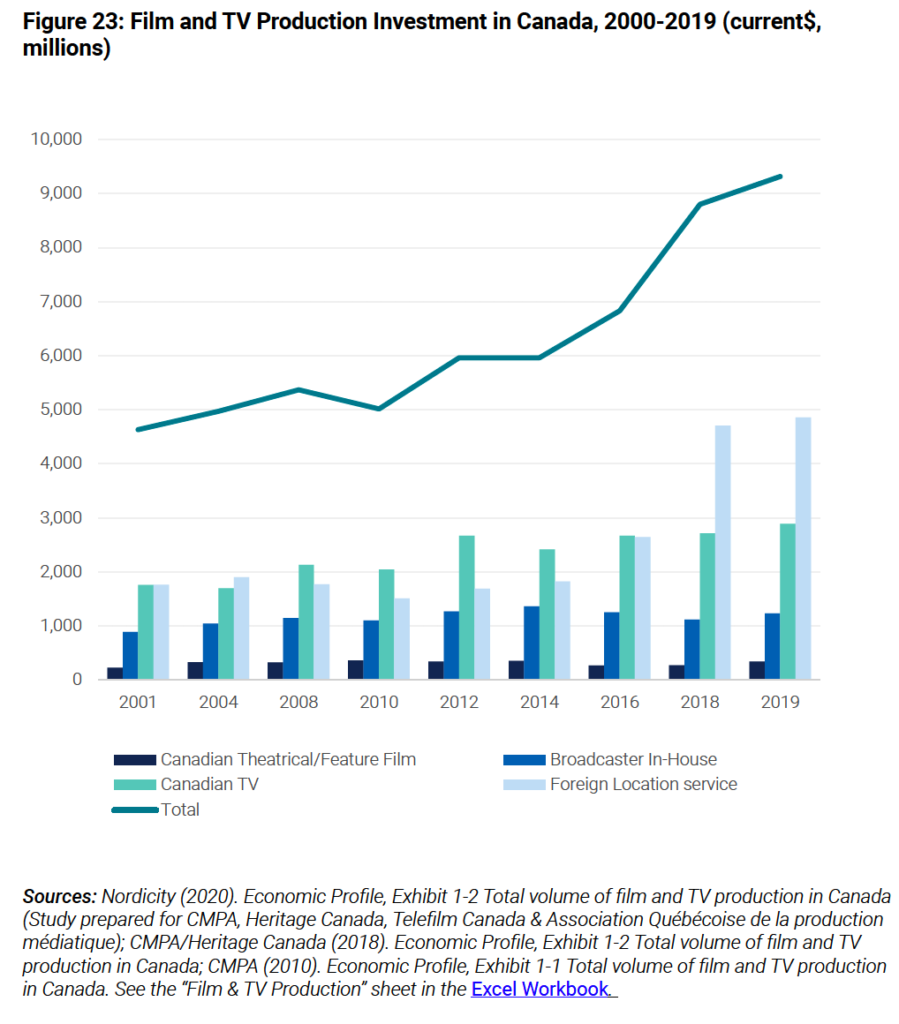 Notwithstanding the rhetoric, the reality is the politicians and regulators know this to be the case. For example, CRTC chair Ian Scott last year said that Netflix is “probably the biggest single contributor to the [Canadian] production sector today.” Further, at the press conference introducing the bill, Guilbeault acknowledged that the Internet companies are already investing in Canada, but argued that the bill was needed to ensure those investments were not voluntary. Yet production in Canada has grown for years not because of mandatory regulations, but because it is competitive on the world stage. As future posts in this series will demonstrate, Bill C-10 jeopardizes that position.