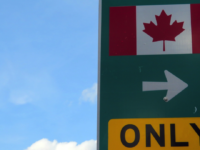 The Broadcasting Act Blunder, Day 6: The Beginning of the End of Canadian Broadcast Ownership and Control Requirements

One of the more controversial aspects of Bill C-10 has proven to be the decision to remove the very first policy declaration in the Broadcasting Act as found in Section 3(1)(a): “the Canadian broadcasting system shall be effectively owned and controlled by Canadians.” Critics have unsurprisingly jumped on the issue, expressing concern that removing the ownership and control requirements will ultimately undermine claims from Canadian Heritage Minister Steven Guilbeault that the bill is essential to preserving Canadian cultural sovereignty. The Broadcasting Act blunder series continues with an examination of the issue, concluding that the critics are right and that Bill C-10 marks the beginning of the end of Canadian ownership requirements (prior posts in the Broadcasting Act Blunder series include Day 1: Why there is no Canadian Content Crisis, Day 2: What the Government Doesn’t Say About Creating a “Level Playing Field”, Day 3: Minister Guilbeault Says Bill C-10 Contains Economic Thresholds That Limit Internet Regulation. It Doesn’t, Day 4: Why Many News Sites are Captured by Bill C-10), Day 5: Narrow Exclusion of User Generated Content Services).