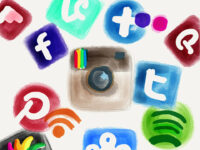 The Broadcasting Act Blunder series has focused for the past two days on inaccurate claims from  Canadian Heritage Minister Steven Guilbeault that the bill contains significant economic thresholds as a guardrail against over-regulation and excludes news from its ambit. As I noted, the bill does no such thing, though the CRTC will be able to establish regulatory exemptions once it conducts extensive hearings on implementing the legislation should it pass (prior posts in the Broadcasting Act Blunder series include Day 1: Why there is no Canadian Content Crisis, Day 2: What the Government Doesn’t Say About Creating a “Level Playing Field”, Day 3: Minister Guilbeault Says Bill C-10 Contains Economic Thresholds That Limit Internet Regulation. It Doesn’t, Day 4: Why Many News Sites are Captured by Bill C-10).

One type of service that is narrowly exempted from the new regulation in Bill C-10 is user generated content services, referred to in the bill as social media services. The bill states: