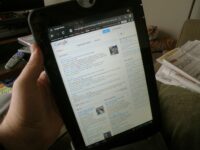 Here Comes the Online News Act: Why the Government’s Media Shakedown is Bad News For Press Independence and Competition

Canadian Heritage Minister Pablo Rodriguez is expected to introduce the Online News Act (technically An Act respecting online communications platforms that make news content available to persons in Canada), his response to a massive lobbying campaign from Canadian media organizations today. Bill C-18 will hand new power to the CRTC to oversee what are effectively mandatory payments by Internet platforms such as Google and Facebook for the mere appearance of news on their platforms. This represents nothing less than a government-backed shakedown that runs the risk of undermining press independence, increasing reliance on big tech, and hurting competition and investment in Canadian media. I will have several posts in the coming days including an analysis of the bill once it drops and a review of the lobbying campaign for the bill, which included over 100 registered lobbyist meetings by News Media Canada over the past three years and skewed coverage of the issue in which the overwhelming majority of news stories backed government intervention.