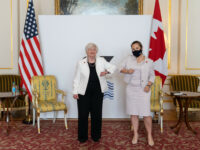 The inclusion of copyright term extension in Deputy Prime Minister and Finance Minister Chrystia Freeland’s Budget 2022 may have been buried toward the very end of the last annex of the budget on page 274, but the issue has been front and centre for Freeland for many years. Indeed, Freeland has been well aware of the hidden costs arising from term extension since she was first elected in 2015. In her roles as Minister of International Trade, Minister of Foreign Affairs, and now Finance Minister, term extension has arisen repeatedly as she worked first to avoid term extension and later to maintain flexibility if forced into implementing the change.

Having fought to maintain that flexibility, it is now essential to establish a registration requirement, which would allow rights holders that want the extension to get it, while ensuring that many other works enter the public domain at the international standard of life plus 50 years. By providing for life plus 50 and the option for an additional 20 years, Canadian law would be consistent with Berne Convention formalities requirements and with its trade treaty obligations. 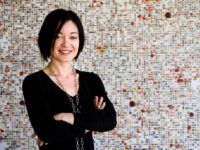 Last week, Canadian Heritage Minister Pablo Rodriguez introduced Bill C-18 – the Online News Act – the second of three planned Internet regulation bills. There is much to unpack about the provisions in the bill including the enormous power granted to the CRTC, the extensive scope of the bill that could cover tweets or LinkedIn posts, the provision that encourages the Internet platforms to dictate how Canadian media organizations spend the money at issue, and the principle that news organizations should be compensated by some entities not only for the use of their work but even for links that refer traffic back to them.

Sue Gardner is the Max Bell School of Public Policy McConnell Professor of Practice for 2021-2022. A journalist who went on to head CBC.ca and later the Wikimedia Foundation (Wikipedia), she is the only Canadian, and the first woman, to have run a global top-5 internet site. She joins the Law Bytes podcast for a conversation about journalism, the Internet platforms, and Bill C-18.