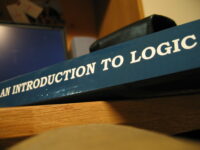 What is the Logic Behind The Logic’s Demand for Internet Platform Payments?

The Logic is a Toronto-based news startup that focuses on the innovation economy. Launched in 2018, it has attracted some great reporters with a subscription-based business model that starts at $299 per year. I’ve been a subscriber for several years, dating back to when it began providing extensive coverage of the Waterfront Toronto – Sidewalk smart city project and I was serving as chair of the Waterfront Toronto Digital Strategy Advisory Board. The site, which tends to produce one or two new articles per day, uses a hard paywall as nearly all articles – other than an occasional Letter from the Editor – can only be accessed by paying subscribers.