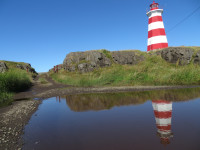 The Trouble With the TPP, Day 42: The Risks of Investor-State Dispute Settlement

The TPP’s investor-state dispute settlement provisions have rightly attracted considerable attention given the risks that come with a process that gives companies the right to sue governments for hundreds of millions of dollars. Yesterday’s post discussed why the TPP ISDS rules do not meet the Canadian government’s own standard for dispute settlement as reflected in the Canada – EU Trade Agreement. The CETA provisions include a clear affirmation of governmental power to regulate, an appellate process, and rules designed to ensure fairness and non-bias in settlement cases. The TPP does not contain equivalent provisions.

The Trouble with the TPP’s ISDS provisions extend beyond the absence of policy freedom and fairness safeguards. The Columbia Center on Sustainable Development has published one of the most exhaustive examinations of the problems with the TPP’s ISDS rules, noting that the deal entrenches, rather than reforms, a flawed system. While the failure to address government regulation and procedural fairness consistent with the standards articulated by International Trade Minister Chrystia Freeland tops the list, the report also points to other issues that strike close to home from a Canadian perspective.