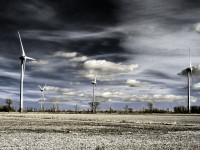 The Trouble with the TPP has discussed how the agreement’s investor-state dispute settlement provisions do not meet the standard set by the Canadian government in CETA, do not address key concerns over policy making as illustrated by the Bilcon case, and raise enormous risks as demonstrated by the ongoing Eli Lilly dispute over Canadian patent law. This final ISDS post points another problem for Canada with ISDS rules: our track record is terrible.