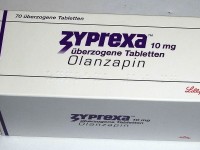 The Canadian Chamber of Commerce has been one of the most vocal supporters of the TPP and intellectual property reform. It recently waded into the case that most clearly crystallizes the dangers of trade and IP in Canada: the Eli Lilly claim for compensation from Canadian taxpayers for hundreds of millions of dollars due to a pair of patent law decisions. Most patent experts believe that Canada has a strong defence, yet that has not stopped the foreign pharmaceutical company from seeking $500 million in damages.

Last month, several groups submitted amicus briefs to the dispute resolution panel, including one from the Canadian Chamber of Commerce (there is also a submission from CIPPIC and the Centre for Intellectual Property Policy). The Chamber suggests that declining spending in research and development may be due to legal uncertainty, despite years of declining research and development expenditures by international pharmaceutical companies in Canada that predates the Eli Lilly issue. The brief saves the money quote until the last paragraph: