The charts show where Canada stands relative to other countries with carriers generating more revenue per GB than anywhere else in the world and consequently Canada lagging behind many other countries in wireless usage. 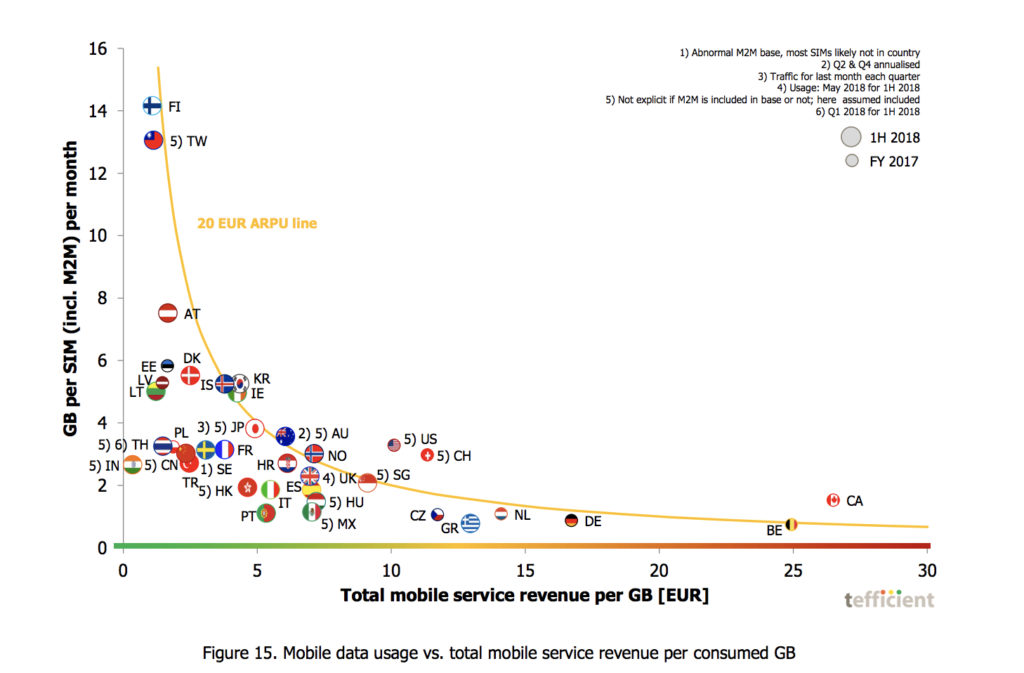 The link between data usage and total revenue per SIM is even more dramatic, with Canada standing alone. 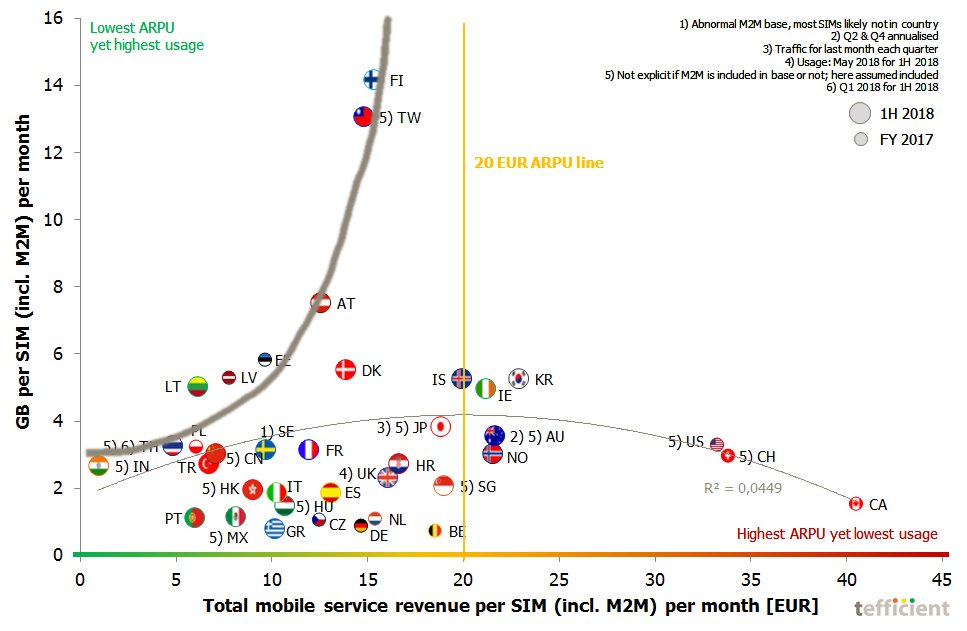 Given the recent Canadian-government commissioned study that also found Canadian wireless pricing among the highest in the world, the issue is not whether Canadian consumers pay some of the highest rates for wireless services anywhere in the developed world (in fact, Telus suggests Canada should have the highest prices in the world). Rather, it is what, if anything, Innovation, Science and Economic Development Minister Navdeep Bains and the CRTC are prepared to do about it.