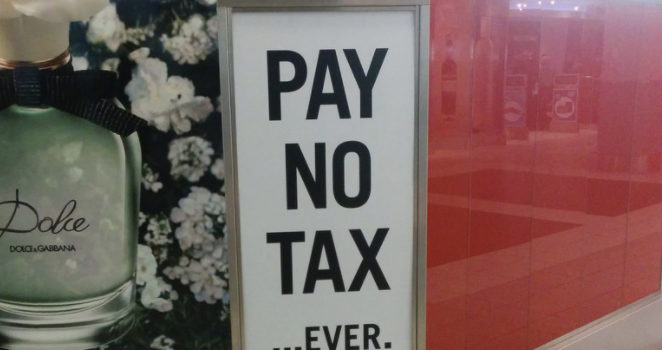 This week, however, the opposition NDP twice raised the prospect of a Netflix tax with Prime Minister Justin Trudeau in the House of Commons during Question Period and he proceeded to firmly shut the door on the proposal. On Monday, NDP MP Peter Julian asked:

Speaking of letting the wealthy off the hook, the government seems more than happy to let web giants continue to make huge profits without contributing to the Canadian economy. While the rest of the world is trying to make these companies pay, the Liberals are doing the opposite. They are making deals with Netflix and other companies, and offering massive tax breaks. Canadians pay their taxes and expect companies to do the same. When will the Liberals start making web giants pay their fair share?

Mr. Speaker, the NDP is proposing to raise taxes on the middle class, which is something we promised we would not do and have not done. We explicitly promised in the 2015 election campaign that we would not be raising taxes on Netflix. People may remember Stephen Harper’s attack ads on that. They were false. We actually moved forward in demonstrating that we were not going to raise taxes on consumers, who pay enough for their Internet at home.

On Tuesday, NDP MP Guy Caron went back to the issue:

Mr. Speaker, when we ask him why web giants like Netflix and Facebook do not have to charge sales tax even though their Canadian competitors do, the Prime Minister says that he promised not to raise taxes for the middle class. We are talking about a tax that already exists, sales tax. We want fairness in the industry. It is unacceptable that the Prime Minister does not have the courage to ask web giants to pay their fair share. When will the Prime Minister understand that and insist on fair treatment for the entire industry?

Mr. Speaker, once again, as the NDP has said, web giants must pay their fair share. It is not web giants that the NDP wants to charge, it is taxpayers. The New Democrats want to make taxpayers pay more taxes. They want Canadians, Quebec and Canadian taxpayers, to pay more taxes for their online services. We, on this side of the House, promised not to raise taxes for taxpayers, and we are going to stand by that promise. If the New Democrats want to raise taxes for Canadians, they should say so instead of hiding behind talk of big corporations.

There were follow-up questions and answers each day that largely repeated the same message. Trudeau’s response provides an unequivocal end to the possibility of a Netflix digital sales tax, a mandated Netflix contribution, or an ISP tax. The government’s position is that it has promised no Netflix taxes and it plans to stand by that commitment. Moreover, Trudeau rightly recognizes that the calls for new taxes would increase the cost of Internet services, a policy that runs directly counter to the government’s goal of universal, affordable Internet access. As for a digital sales tax, Trudeau breaks through the rhetoric of Netflix paying such a tax by reminding proponents that providers do not pay the tax, consumers do.

Despite industry data that undermines the argument, cultural groups have been holding out for new taxation and regulation of Internet services for several years. Given the responses this week in the House of Commons from the Prime Minister, it is readily apparent the policy measures do not have the support of the government.