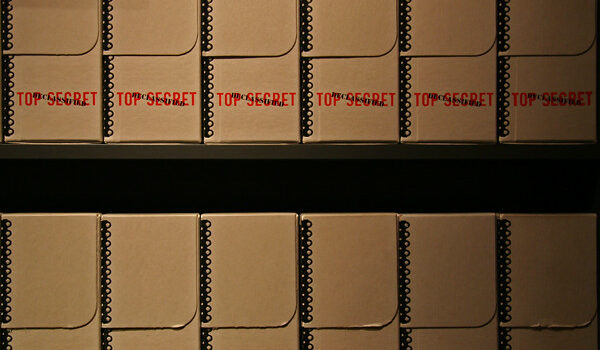 I post the names of the previously unavailable submissions from organizations below. There are hundreds of individual submissions (including several from top experts) which can be accessed via the request but I will not post the individual names here.

There are several key takeaways from the broader package of consultation submissions.

First, the government’s determination to keep the consultations submissions secret until compelled to disclose them by law eviscerates its claims to support open, transparent government. There is simply no good reason to use secrecy as the default for a government consultation. While officials claimed that submissions “may contain confidential business information”, the actual results demonstrate the argument had little merit. Indeed, the government could have used openness as a default and redacted any confidential information as needed. A government that supports openness should not be forced to disclose information from a public consultation only under threat of failing to comply with its own access to information laws.

Second, the participation of the Internet platforms was more extensive than previously disclosed. While Google released its submission, there were also submissions from the Business Software Alliance, Microsoft, Pinterest, TikTok, and Twitter. Further, in addition to TekSavvy and Tucows, the large Canadian telecom companies (Bell, Rogers, Telus, Cogeco, Quebecor and Shaw) provided a joint submission. These submissions contain important data that should be publicly available, not hidden by the government. For example, TikTok reported that in the first quarter of 2021, content that violated its community guidelines accounted for less than 1% of all video and that 91.3% of the videos it removed were identified and removed even before a user reported them. Other notable submissions included the CBC, which argued for a special recognition of threats to journalists as content that incites violence and hate speech, and the Ukrainian Canadian Congress, which called months ago for the removal of Russia Today from Canadian broadcast systems.

Third, the criticism of the government’s plans were even more widespread than previously revealed. Indeed, reviewing the submissions uncovers very few supportive comments of the government’s online harms from either organizations or the hundreds of individual submissions. For example, the big Canadian telecom companies warned that the proposal could disincentive investments in 5G networks and opposed disclosing basic subscriber information without judicial authorization. Their submission – along with others in the sector – reinforces how inexplicable and damaging it is that Innovation, Science and Industry Minister François-Philippe Champagne has seemingly abandoned digital and Internet policy. Vesting responsibility in Canadian Heritage (what does Canadian Heritage have to do with online harms anyway) has been disastrous for the development of balanced, effective digital policies.

The most notable submission came from Twitter (its must read submission is here), which warned that the proactive monitoring of content envisioned by the government:

“sacrifices freedom of expression to the creation of a government run system of surveillance of anyone who uses Twitter. Even the most basic procedural fairness requirements you might expect from a government-run system such as notice or warning are absent from this proposal. The requirement to ‘share’ information at the request of Crown is also deeply troubling.”

Further, it didn’t pull any punches with respect to the government’s website blocking plans, literally likening it to China, North Korea and Iran:

The proposal by the government of Canada to allow the Digital Safety Commissioner to block websites is drastic. People around the world have been blocked from accessing Twitter and other services in a similar manner as the one proposed by Canada by multiple authoritarian governments (China, North Korea, and Iran for example) under the false guise of ‘online safety’ impeding peoples’ rights to access information online.

Further, there are no checks or balances on the commissioner’s authority, such as the requirement of judicial authorization or warnings to service providers. The government should be extremely mindful of setting such a precedent – if Canada wants to be seen as a champion of human rights, a leader in innovation and in net neutrality globally, it must also set the highest standards of clarity, transparency and due process in its own legislation.

In fact, even groups that might have been expected to support the proposal were critical. For example:

While Canadian Heritage Minister Pablo Rodriguez has agreed to re-assess the online harms policy with a new expert panel and initiated a re-branding as “online safety”, the entire consultation process is an absolute embarrassment to the government. The policies themselves were ill-considered and harmful, leading allies to criticize them and others to warn of parallels to China and North Korea. The secrecy associated with the consultation and the associated submissions was a repudiation of the government’s professed commitment to openness and transparency with only fear of legal violations of access to information laws compelling disclosure of information that should have been publicly available by default months ago.

Yet despite these disqualifying actions, there are seemingly no consequences. The same department is pushing ahead with anti-Internet policies in Bill C-11 (regulating user generated content) and C-18 (mandated payments for facilitating access to news online), backing copyright term extension, and gearing up for another run at online harms with an expert panel that presumably hasn’t even been given access to these submissions. It is time for the government to take responsibility for the online harms debacle and take a far closer look at the mess it is creating on Internet policy by re-assessing its approach and leadership on the issues.

Organizations in the ATIP package